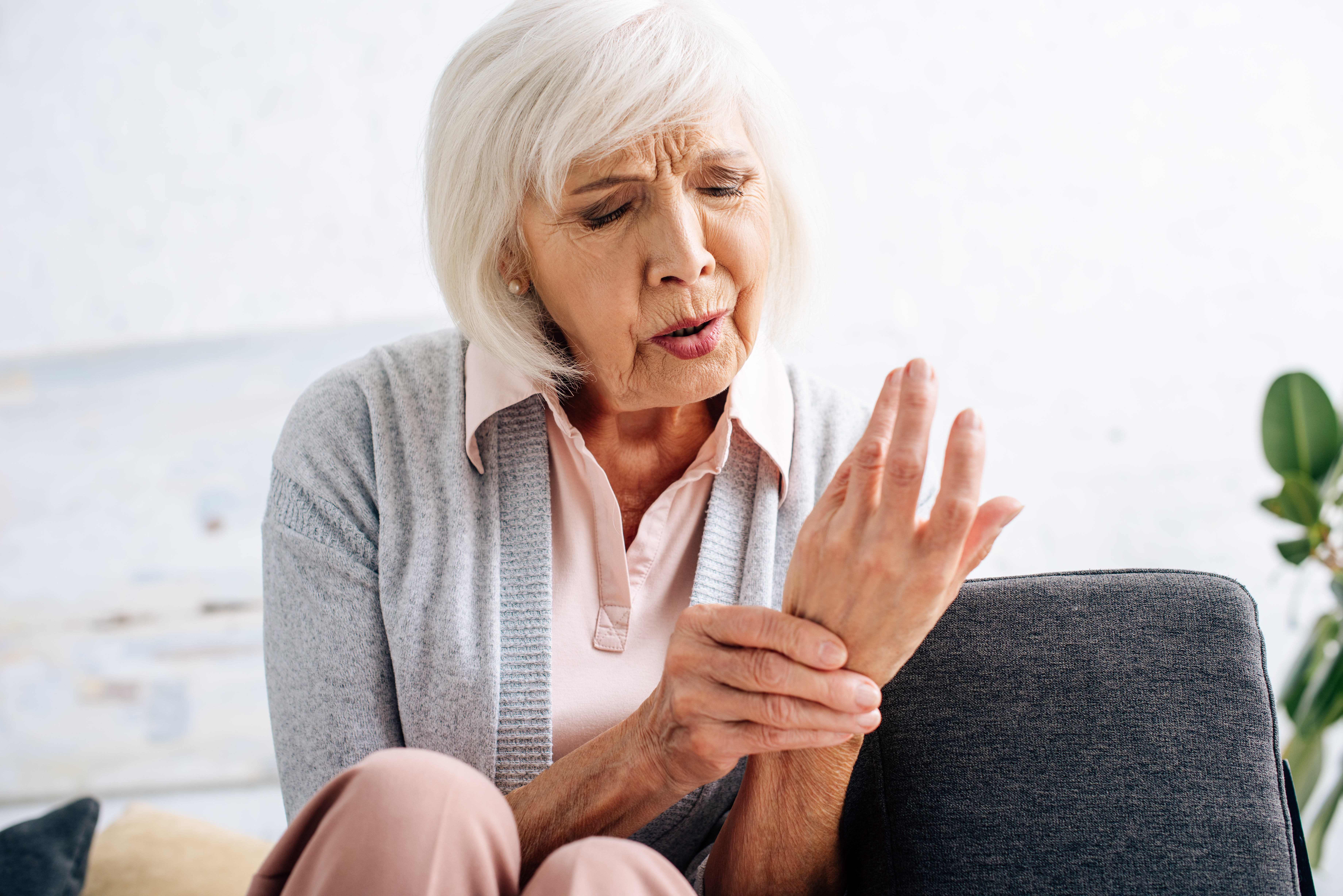 Arthritis is a condition that has affected

humans since the beginning of time. Symptoms usually start as early as age 40 for those afflicted and progress as we age. Before the advent of modern pharmaceutical drugs, those who were afflicted with arthritis didn’t always simply suffer endlessly from pain—instead, some utilized nature’s herbs as medicine to reduce pain. For centuries, people have turned to Turmeric and Boswellia, two herbal supplements which can be helpful according to a 2018 study.

Most doctors recommend NSAIDs (Non-steroidal Anti-inflammatory Drugs) for arthritis. These medications include ibuprofen (Motrin, Advil), naproxen (Aleve, Naprosyn), diclofenac, indomethacin, and celecoxib (Celebrex). While helpful in the short-term, these medications increase the risk for kidney disease and heart attacks when taken long-term.

Acetaminophen (Tylenol, Paracetamol) is also used.  However, when taken for prolonged periods of time, it can put extra stress on the liver and lower glutathione levels. For this reason, many users supplement with NAC or N-acetyl cysteine to help minimize liver stress.

The supplements Turmeric and Boswellia were evaluated in a January 2018 study that included 201 people, ranging in age from 40 to 70 years, all with knee-related arthritis symptoms. During the study, the participants took either turmeric, turmeric plus Boswellia, or an identical-looking placebo (sugar) pill.

Turmeric, also known as Indian saffron, is a rooted plant of the ginger family, often consumed for its anti-inflammatory, anti-oxidant, and other health properties.

Curcumin, the main chemical found in turmeric, is believed to provide many of the plant’s health benefits. While many people have used turmeric as a spice to enhance their food for over the past 4,000 years, turmeric has played an important role in medicine!  Arthritis relief is a big reason this ancient herb is taken.

Boswellia is an Ayurvedic herbal supplement, which also helps reduce arthritis pain. The essential oil extracted from this herb is Frankincense.

Initially, the researchers measured the arthritis sufferer’s physical function, morning stiffness, and the patient’s overall feelings regarding the severity of their disease.

At the end of the three-month study, researchers found that turmeric was significantly helpful in reducing arthritis-related pain.

Further, researchers also found that the combination of turmeric and boswellia was even more effective in reducing pain, providing a synergistic effect.

For optimal arthritis relief, take both supplements together according to the study.

Turmeric (curcumin) –Take 500 mg up to three times per day