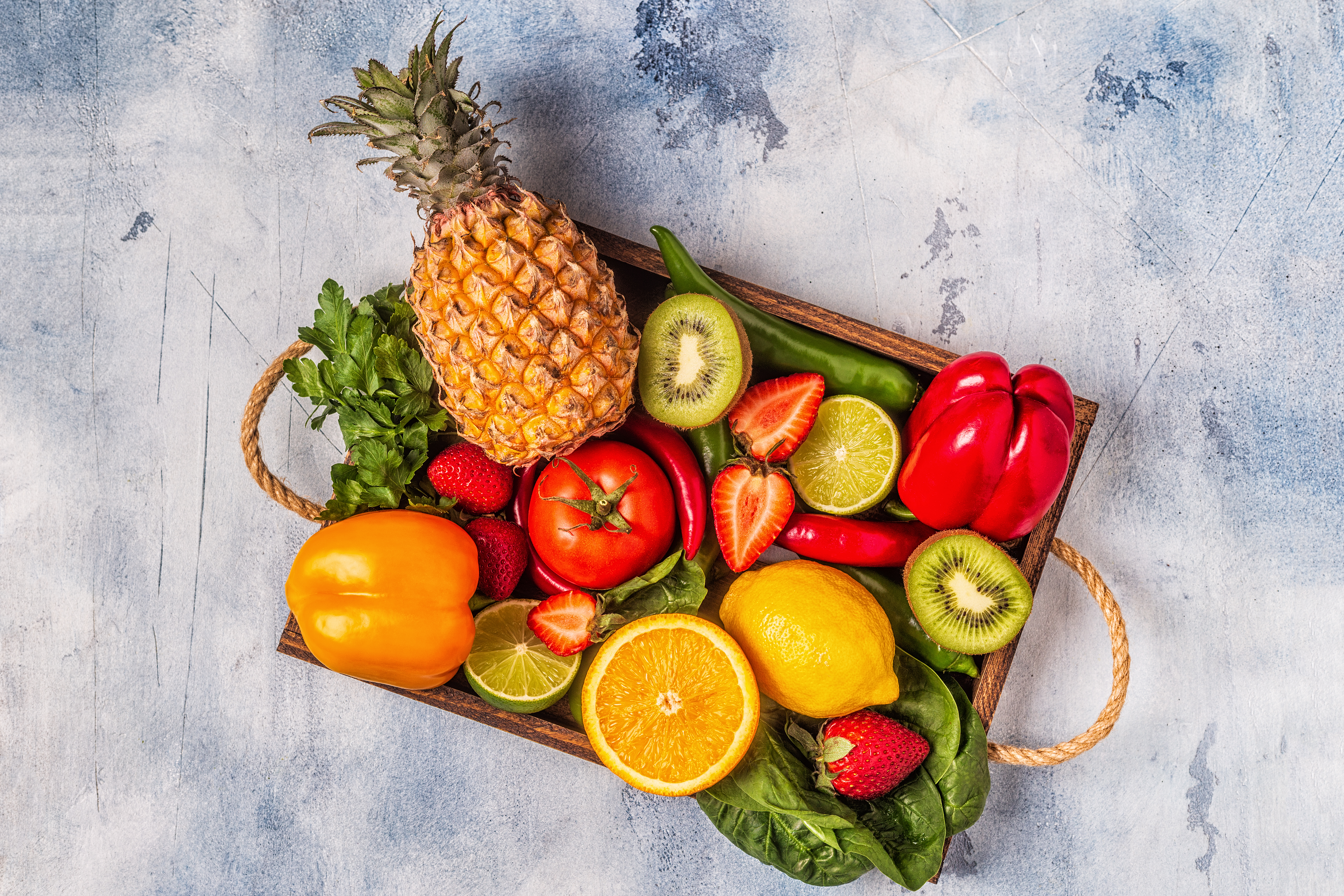 What is ascorbic acid (Vitamin C)? Benefits, supplements, and more…

Are Vitamin C and Ascorbic Acid the Same?

Ascorbic acid is more commonly known as vitamin C. A potent water-soluble vitamin with various essential functions in the body, it can be obtained from certain foods and consumed as a dietary supplement. Vitamin C has antioxidant properties and is an enzyme “co-factor” for at least eight important biochemical reactions in the human body.

Why Supplement with Vitamin C?

Unlike most mammals, humans cannot synthesize vitamin C from glucose, which is why we need to obtain it from foods or supplements. Scientists believe that our human ancestors underwent a genetic mutation eon ago which resulted in our losing the ability to make our own vitamin C.

When consumed, vitamin C is absorbed in the small intestine, and the concentration in the blood is controlled by the kidneys, which will excrete excess vitamin C, if present, in the urine. Within the human body, the largest concentration of vitamin C can be found in the pituitary gland, adrenal glands, brain, leukocytes, and the eyes.

‌‌‌‌Where Do We Get Vitamin C Naturally?

Foods rich in vitamin C include a colorful variety of fruits and vegetables. Citrus fruits such as orange, grapefruit, strawberries, guava, and kiwi contain high levels of vitamin C.

The best way to ensure appropriate intake of vitamin C, along with other vitamins and minerals, is to eat a balanced diet with foods that represent a range of colors. Although it is ideal to obtain most nutrients through diet, supplementation of vitamin C can be beneficial to assist in obtaining overall vitamin needs. In general, multivitamins are a great source to add to a daily regimen to ensure adequate intake of vitamins and minerals, including vitamin C.

What Happens if You Are Deficient in Vitamin C?

Long-term chronic deficiency of vitamin C is the cause of a potentially fatal disease known as scurvy. However, many also have signs and symptoms of vitamin C deficiency that don’t reach a fatal level but are simply too low to reach optimal health.

Symptoms of vitamin C deficiency include:

Risk factors that put people at risk of vitamin C deficiency include:

The best way to treat a vitamin C deficiency is by supplementing and reversing the issue that led to the deficiency in the first place. Blood tests can be done to measure blood levels of vitamin C, but these can be costly and are not routinely undertaken. Ideally, a doctor should rely on the patient’s clinical symptoms and take a good medical history to evaluate vitamin C status.

How Much Vitamin C Should I Take Daily?

According to the National Institute of Health (NIH is a health organization in the United States), the minimally recommended amount of vitamin C depends on age and gender. However, while these small amounts are what is required to prevent scurvy, they may not be adequate for optimal vitamin C blood levels.

Most adult males need at least 90 mg per day, and a female adult requires 75mg per day. In pregnant women and the elderly, recommended consumption is no less than 120 mg of vitamin C per day.

Vitamin C And The Common Cold

Vitamin C has been extensively studied because of its benefit in immune defense, including fighting of major infections as well as the common cold. The common cold, or an upper respiratory infection, is the most common infection a person will contract in their lifetime. It is estimated that over 200 strains of cold viruses exist.

Taking vitamin C supplementation in treating or preventing the common cold has been a controversial topic. Much research conducted has shown that although vitamin C does not seem to prevent the common cold, in normal dosing, it does decrease the duration and severity of symptoms that manifest from common cold, such as fever, chills, aches, and pains, when a supplement is taken consistently. Research has suggested that the reduction of cold symptoms was found to be eight to nine percent, which is approximately half a day’s worth of symptoms.

One study looked at 463 students. Half of the participants received a high dose of vitamin C at 1000 mg, three times a day with an IV bolus of 1000 mg hourly for the first six hours administered before or after the onset of cold symptoms. This controlled group was found to have relieved and prevented the symptoms compared to the group that did not receive high doses of vitamin C.

A 2014 study showed that vitamin C could reduce the risk of developing a cold and also reduced the duration of the cold when compared to placebo (sugar pills).

Literature has also suggested that combining vitamin C and zinc showed stronger evidence of symptom relief. This particular study was a double-blind, randomized, placebo-controlled trial in which participants received 1000 mg vitamin C and 10 mg of zinc. The results showed that the supplementation of both reduced the duration of symptoms over a five-day treatment.

A study published in July of 2020 was interested in the role that vitamin C plays in acute respiratory infections. The results, similarly to those of the common cold, showed that oral intake of vitamin C at onset of symptoms helped with reducing the duration of symptoms but not in the prevention or treatment of the infection.