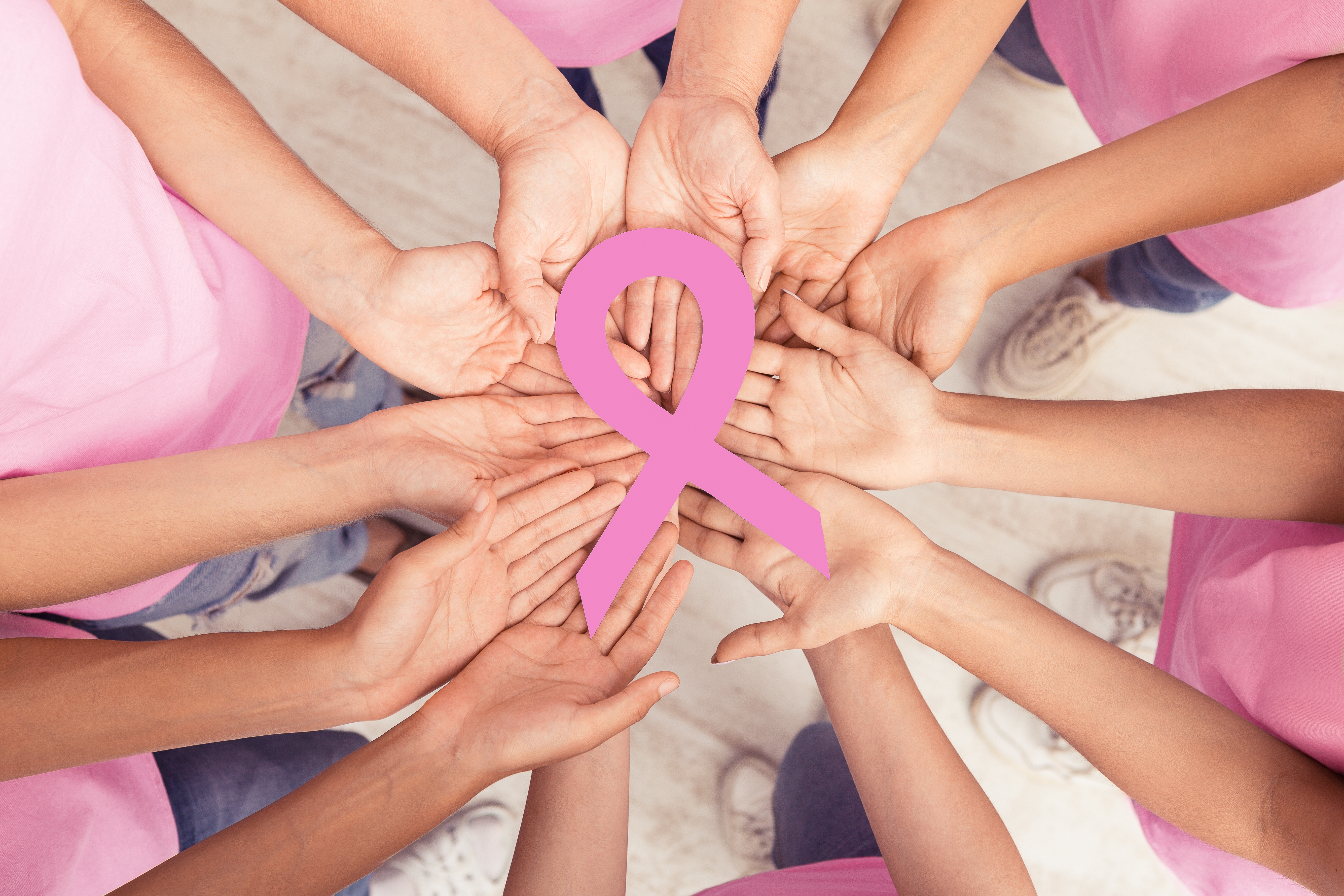 What is Breast Cancer?

Breast cancer is an uncontrolled growth of breast cells. To better understand breast cancer, it helps to understand how any cancer can develop.

Cancer occurs because of mutations, or abnormal changes, in the genes responsible for regulating the growth of cells and keeping them healthy. The genes are in each cell’s nucleus, which acts as the “control room” of each cell. Normally, the cells in our bodies replace themselves through an orderly process of cell growth: healthy new cells take over as old ones die out. But over time, mutations can “turn on” certain genes and “turn off” others in a cell. That changed cell gains the ability to keep dividing without control or order, producing more cells just like it and forming a tumor.

• pain in the armpits or breast that does not change with the monthly cycle
• pitting or redness of the skin of the breast, similar to the surface of an orange
• a rash around or on one of the nipples
• discharge from a nipple, possibly containing blood
• a sunken or inverted nipple
• a change in the size or shape of the breast
• peeling, flaking, or scaling of the skin on the breast or nipple

Most breast lumps are not cancerous. However, women should visit a doctor for an examination if they notice a lump on the breast

The stage of a breast cancer is determined by the cancer’s characteristics, such as how large it is and whether it has hormone receptors. The stage of the cancer helps you and your doctor:

• figure out your prognosis, the likely outcome of the disease
• decide on the best treatment options for you
• determine if certain clinical trials may be a good option for you

What are the risk factors of breast cancer?

Women who have previously had breast cancer are more likely to have it again than those who have no history of the disease.Having some types of noncancerous breast lump increases the chance of developing cancer later on. Examples include atypical ductal hyperplasia or lobular carcinoma in situ.

Extended exposure to estrogen appears to increase the risk of breast cancer.

This could be due to a person starting their periods earlier or entering menopause at a later than average age. Between these times, estrogen levels are higher.

Breastfeeding, especially for over 1 year, appears to reduce the chance of developing breast cancer. This is possibly due to the drop in estrogen exposure that follows pregnancy and breastfeeding.

Women who become overweight or develop obesity after menopause may also have a higher chance of developing breast cancer, possibly due to increased estrogen levels. High sugar intake may also be a factor.

A doctor often diagnoses breast cancer as the result of routine screening or when a woman approaches her doctor after detecting symptoms. Several diagnostic tests and procedures help to confirm a diagnosis

Treatment will depend on several factors, including:

• the type and stage of the cancer
• the person’s sensitivity to hormones
• the age, overall health, and preferences of the individual

The main treatment options include:

Factors affecting the type of treatment a person has will include the stage of the cancer, other medical conditions, and their individual preference.