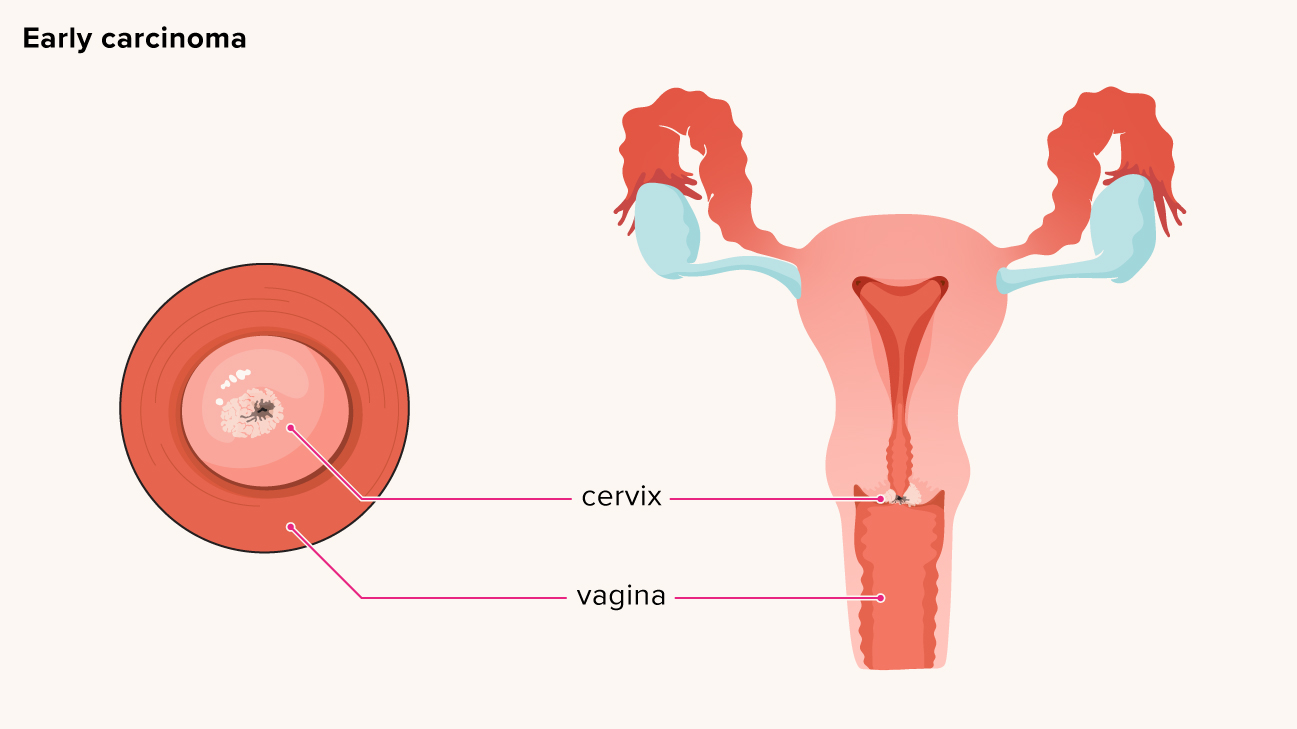 What is Cervical Cancer?

Cervical Cancer is a type of cancer that starts in the cervix. The cervix is a hollow cylinder that connects the lower part of a woman’s uterus to her vagina. Most cervical cancers begin in cells on the surface of the cervix.

Cervical cancer was once a leading cause of death among American women. That has changed since screening tests became widely available.

Many women with cervical cancer don’t realize they have the disease early on, because it usually doesn’t cause symptoms until the late stages. When symptoms do appear, they’re easily mistaken for common conditions like menstrual periods and urinary tract infections (UTIs).

If you notice any of these symptoms, see your doctor for an exam.

Most cervical cancer cases are caused by the sexually transmitted human papillomavirus (HPV). This is the same virus that causes genital warts.

There are about 100 different strains of HPV. Only certain types cause cervical cancer. The two types that most commonly cause cancer are HPV-16 and HPV-18.

Being infected with a cancer-causing strain of HPV doesn’t mean you’ll get cervical cancer. Your immune system eliminates the vast majority of HPV infections, often within two years.

HPV can also cause other cancers in women and men. These include:

Cervical cancer is very treatable if you catch it early. The four main treatments are:

Sometimes these treatments are combined to make them more effective.

The purpose of surgery is to remove as much of the cancer as possible. Sometimes the doctor can remove just the area of the cervix that contains cancer cells. For cancer that’s more widespread, surgery may involve removing the cervix and other organs in the pelvis.

Radiation kills cancer cells using high-energy X-ray beams. It can be delivered through a machine outside the body. It can also be delivered from inside the body using a metal tube placed in the uterus or vagina.

Chemotherapy uses drugs to kill cancer cells throughout the body. Doctors give this treatment in cycles. You’ll get chemo for a period of time. You’ll then stop the treatment to give your body time to recover.

Bevacizumab (Avastin) is a newer drug that works in a different way from chemotherapy and radiation. It blocks the growth of new blood vessels that help the cancer grow and survive. This drug is often given together with chemotherapy.

If your doctor discovers precancerous cells in your cervix they can be treated.

After you’ve been diagnosed, your doctor will assign your cancer a stage. The stage tells whether the cancer has spread, and if so, how far it’s spread. Staging your cancer can help your doctor find the right treatment for you.

A Pap smear is a test doctors use to diagnose cervical cancer. To perform this test, your doctor collects a sample of cells from the surface of your cervix. These cells are then sent to a lab to be tested for precancerous or cancerous changes.

If these changes are found, your doctor may suggest a colposcopy, a procedure for examining your cervix. During this test, your doctor might take a biopsy, which is a sample of cervical cells.

recommends the following screening schedule for women by age:

HPV is the biggest risk for cervical cancer. Other factors that can also increase your risk include:

Even if you have one or more of these factors, you’re not destined to get cervical cancer.

One of the easiest ways to prevent cervical cancer is by getting screened regularly with a Pap smear and/or hrHPV test. Screening picks up precancerous cells, so they can be treated before they turn into cancer.

HPV infection causes most cervical cancer cases. The infection is preventable with the vaccines Gardasil and Cervarix. Vaccination is most effective before a person becomes sexually active. Both boys and girls can be vaccinated against HPV.

Here are a few other ways you can reduce your risk of HPV and cervical cancer:

An abnormal Pap smear result indicates you have precancerous cells in your cervix.

It’s rare to get diagnosed with cervical cancer while you’re pregnant, but it can happen. Most cancers found during pregnancy are discovered at an early stage.

Treating cancer while you’re pregnant can be complicated. Your doctor can help you decide on a treatment based on the stage of your cancer and how far along you’re in your pregnancy.

If the cancer is at a very early stage, you may be able to wait to deliver before starting treatment. For a case of more advanced cancer where treatment requires a hysterectomy or radiation, you’ll need to decide whether to continue the pregnancy.

Doctors will try to deliver your baby as soon as it can survive outside the womb.