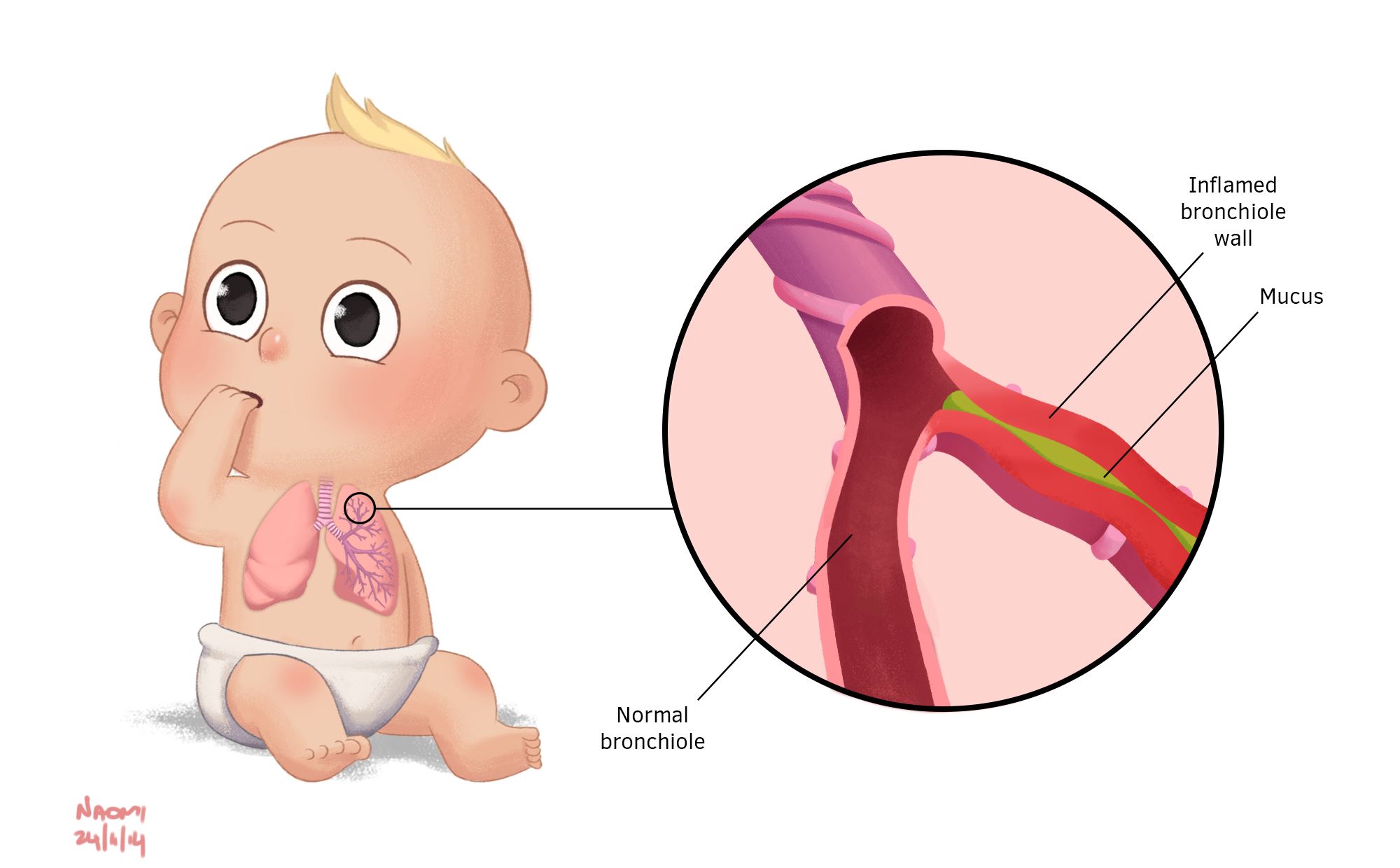 Posted by amritamedicalsite in Medical, Pediatric

Bronchiolitis is a common lung infection in young children and infants. It causes inflammation and congestion in the small airways (bronchioles) of the lung. Bronchiolitis is almost always caused by a virus. Typically, the peak time for bronchiolitis is during the winter months.

Bronchiolitis starts out with symptoms similar to those of a common cold, but then progresses to coughing, wheezing and sometimes difficulty breathing. Symptoms of bronchiolitis can last for several days to weeks.

Most children get better with care at home. A small percentage of children require hospitalization

For the first few days, the signs and symptoms of bronchiolitis are similar to those of a cold:

After this, there may be a week or more of difficulty breathing or a whistling noise when the child breathes out (wheezing).

Bronchiolitis occurs when a virus infects the bronchioles, which are the smallest airways in your lungs. The infection makes the bronchioles swell and become inflamed. Mucus collects in these airways, which makes it difficult for air to flow freely in and out of the lungs.

The viruses that cause bronchiolitis are easily spread. You can contract them through droplets in the air when someone who is sick coughs, sneezes or talks. You can also get them by touching shared objects — such as utensils, towels or toys — and then touching your eyes, nose or mouth.

Bronchiolitis typically affects children under the age of 2 years. Infants younger than 3 months of age are at greatest risk of getting bronchiolitis because their lungs and immune systems aren’t yet fully developed.

Other factors that are linked with an increased risk of bronchiolitis in infants and with more-severe cases include: