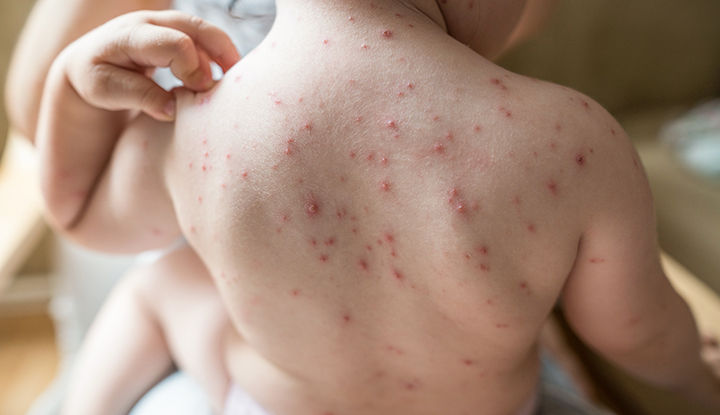 Chickenpox is an infection caused by the varicella-zoster virus. It causes an itchy rash with small, fluid-filled blisters. Chickenpox is highly contagious to people who haven’t had the disease or been vaccinated against it. Today, a vaccine is available that protects children against chickenpox.

The chickenpox vaccine is a safe, effective way to prevent chickenpox and its possible complications.

The itchy blister rash caused by chickenpox infection appears 10 to 21 days after exposure to the virus and usually lasts about five to 10 days. Other signs and symptoms, which may appear one to two days before the rash, include:

Chickenpox develops in stages. Before the rash appears, there may be:

Chickenpox is normally a mild disease. But it can be serious and can lead to complications including:

People who are at higher risk of chickenpox complications include:

There is no cure for chickenpox, but it generally resolves within a week or two without treatment.

The following are some treatments that may alleviate symptoms: